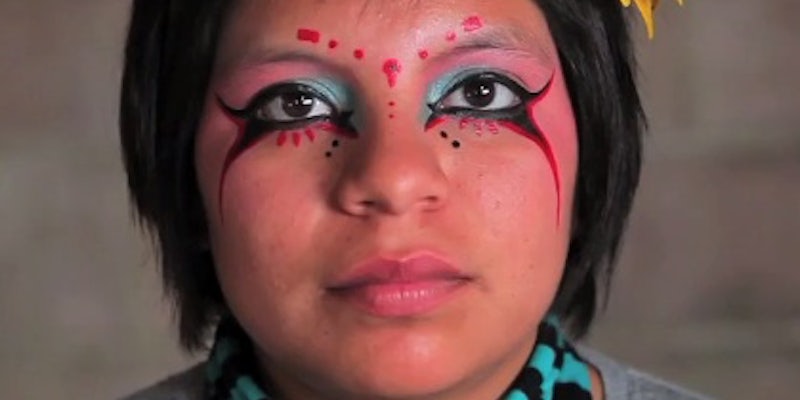 Can these crowdsourced films bring home the hardware at this year's Academy Awards?

Move aside, Pebble: three Kickstarter-funded projects are up for the ultimate accolade in their field after grabbing Oscar nominations Thursday.

Kings Point and Inocente are up for Best Documentary Short Subject, while Buzkashi Boys was nominated for Short Film (Live Action).

“We want to thank all of our Kickstarter supporters for helping us get the film to this point,” the team behind Inocente wrote in a note to backers. “We really could not have done it without you!”

It’s the second time the team, Sean Fine and Andrea Nix Fine, have been nominated, following a nod for their 2007 documentary War/Dance. Their latest work, for which they locked down $52,527 in funding in July, focuses on a 15-year-old homeless girl who aspires to become an artist. It aired on MTV in August.

Kings Point, airing on HBO in March, follows five senior citizens in a retirement community (where director Sari Gilman‘s grandparents lived) over the course of a decade. It bested its $10,000 funding goal by just $165 in Jan. 2011, and the team was able to hire an editor to cut down 85 hours of footage.

Meanwhile, Buzkashi Boys hit its funding goal last February. Director Sam French told the story of two Afghan boys, an orphan on the streets and a blacksmith’s son, who harbor dreams of winning a Buzkashi match—Buzkashi being Afghanistan’s national sport, a polo-like game played with a dead goat instead of a ball. It was shot on location in Afghanistan, and the $27,410 it garnered in Kickstarter funding went towards “color grading, visual effects, mastering the film, and publicity,” according to the project description.

“We did it!” French exclaimed on Facebook. “I am incredibly honored to announce that Buzkashi Boys has just been nominated for an Oscar!”

These films take the tally of Oscar-nominated Kickstarter films to six, following the successes of Incident in New Baghdad, Sun Come Up, and The Barber of Birmingham in previous years. None of those films won an Academy Award, though perhaps this year will be different.

The nominations cap a big year for Kickstarter. More than 2.2 million people backed 18,109 projects to the tune of $319.7 million in 2012, with a marked rise in the number of projects over the year. People from 177 countries backed a project in 2012, though Kickstarter hid unsuccessful projects from view. The nineteen Kickstarter-funded films appearing at last January’s Sundance Film Festival accounted for 10 percent of the films screening. Meanwhile, up to Jan. 1, Kickstarter backers had pledged $102.7 million to independent film projects.

It might be time for Kickstarter project creators to start including a possible trip to the Oscars as the ultimate reward for backers.