He's always been a warrior.

While most NBA fans were shocked at Kevin Durant’s free agency announcement to join the Golden State Warriors on Monday—after almost a decade with the Oklahoma City Thunder franchise—there were very clear and early signs that the small forward would make the move. Just look at the player’s old Black Planet account.

Prior to Durant’s announcement, MTO News unearthed the small forward’s profile page on Black Planet, a social networking site from the mid-2000s catering to African-American users. The screenshots revealed his username to be “ima_warrior,” which the news outlet took as a could-be hint of Durant’s next team.

It also revealed that teen Durant was a pretty chill dude. 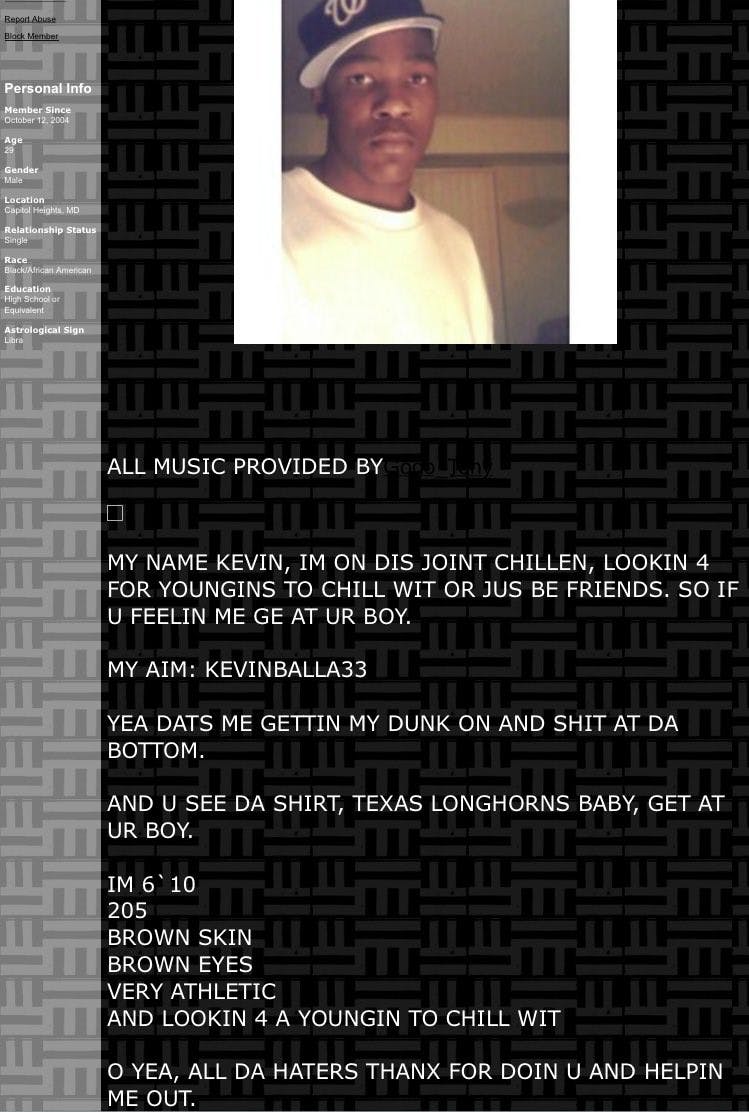 The screenshot has gone viral and is raking in the LOLs online.

No word yet on what ominous warnings we can gather from his old Myspace page.