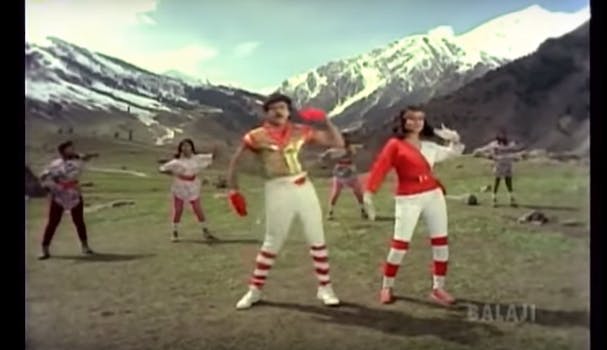 There is an entire Reddit economy of would-be meme lords mashing up things. You’ve likely read this sort of headline by now: “If you mash up this trending piece of music with this obscure video, it syncs up perfectly.” It’s a tired riff, and for such things to stand out these days, they must be spellbinding.

This video of Kendrick Lamar‘s “Humble” juxtaposed with an ’80s dance video from South Asia fits the bill. Granted, it required a hearty edit, but it does sync up perfectly. It blew up Reddit on Monday.

Watch what happens when Lamar gets to his signature “my left stroke just went viral” lyric from the DAMN. single:

The original clip features Bollywood legends Chiranjeevi and Vijashanthi and is from 1987’s Pasivadi Prana, which was the first Telugu film to feature breakdancing. The film itself is about a drunk who finds redemption and romance amid gang violence. Chiranjeevi went on to become minister of state in India.