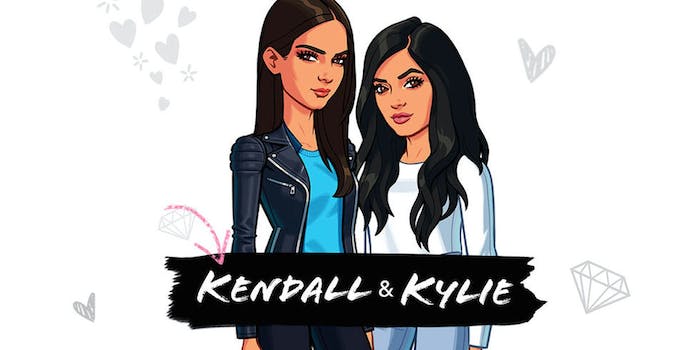 It's a lot like Kim Kardashian's game—but there's one big difference.

Kendall and Kylie Jenner surprised fans this week by releasing a new mobile game simply titled “Kendall and Kylie.” The sisters partnered with Glu Games, the company behind “Kim Kardashian: Hollywood,” and like Kim before them, they’re taking the iOS and Android app stores by storm.

currently playing… Download the @KendallKylieApp in the App Store and Google Play pic.twitter.com/oOzUYbOTaA

Here’s what you need to know about the new game.

Overall, “Kendall and Kylie” is very fun. Like in their sister’s app, there’s a lot of incentive to pay real money for new clothes, K-Gems, and speedier mission completion, but if you’re patient, you can have a good time rising to social media stardom on your own.

Screengrab via Kendall and Kylie