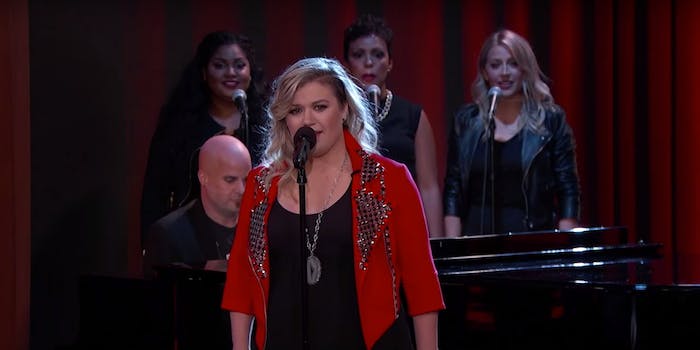 Swipe right to the music.

Kelly Clarkson knows how to lift up a Tinder profile.

Just one day after Josh Groban sang some Donald Trump tweets, Jimmy Kimmel got Clarkson to croon out to Tinder. While the conversations between users can be absolutely terrible, Clarkson instead focused on the thing that draws people in (or turns them away) in the first place: the profile.

And she’s not just singing them word-for-word. She turns them into actual songs, from a catchy pop hit about one man’s foot fetish to a gospel tune for Justine, the woman who loves her hairless cat, baking cookies, and smoking blunts. They’re all about to get a lot more popular.