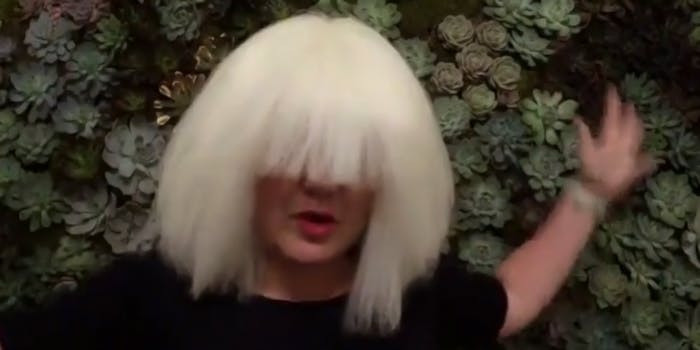 She's swinging on a chandelier.

Halloween came early for Kelly Clarkson and her fans.

Appearing on Facebook Live on Friday, Clarkson appeared in Sia’s infamous wig ahead of her annual Halloween party to put on a show for her fans. And, embodying Sia, she sang an a cappella cover of “Chandelier” that’s both powerful and tugs at your heartstrings.

She nails the cover, but she’s also fascinated by how Sia does all of her performances in a wig that covers a large portion of her face.

“I don’t know how she does this because, you know, she can’t see,” Clarkson said. “But it’s also kind of awesome because you’re in your own little world when you’re performing.”