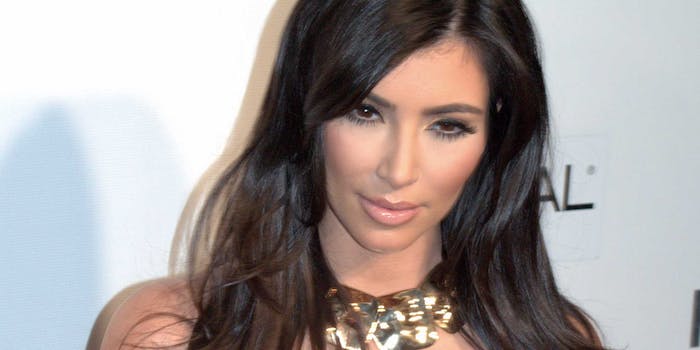 Or were they too wrapped up in Kim Kardashian: Hollywood?

Our nation’s first family, the Kardashians, are usually touted as bastions of respect, mindfulness, and sensitivity. In times of great strife, the brood are always ready to comfort a forlorn nation by Instagramming a selfie and a motivational quote. Yet Sunday night, during the MTV Video Music Awards, something was markedly off with Kim and younger sisters Kendall and Kylie.

how a Kardashian does a moment of silence pic.twitter.com/ZojMJUubJg

What could possibly have demanded the Kardashians’ attention over the memory of a slain 18-year-old? Some Twitter users hypothesized that the Kardashians were fervently Googling Ferguson, yet it’s more likely that the group was too focused playing Kim Kardashian: Hollywood to turn their attention to a lost life.

Kardashian apologists at BuzzFeed suppose that the footage could have come from a poorly chosen delay in tape instead of the live shot it appeared to be. MTV has yet to comment.