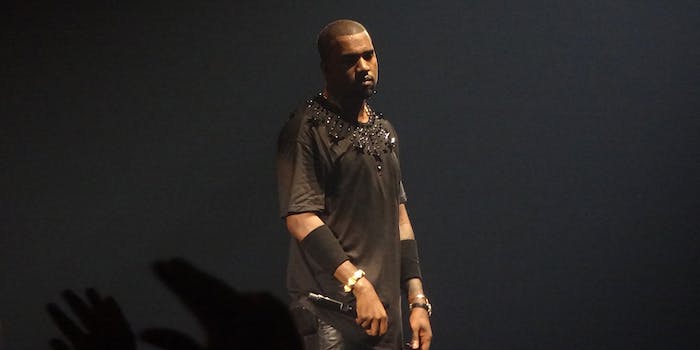 Here’s how you can hear Kanye’s new album before anyone else (and get paid, too)

The first 1,200 people to hear 'Waves' will be paid for the privilege.

Nestled among the bed-bug-infested couches for sale and the raunchy casual-encounter offers on Craigslist on Friday was a short, easy-to-miss job listing.

The ad calls for 1,200 paid extras to attend the Feb. 11 release of Waves (previously titled Swish), which includes the fashion show for his latest line Yeezy Season 3, at Madison Square Garden. For the privilege of hearing the new album before the rest of the world, those chosen to participate will be paid $72 cash, plus another $130 for attending two rehearsals.

Free meals, makeup, and wardrobe are also included. The way the production company describes it, the eight-hour concert shift doesn’t sound so bad: “[Extras] will stand comfortably throughout the set and receive direction on their performance gestures.”

Tickets for the show were sold out within 10 minutes. West tweeted about the ticket stampede on Thursday, adding that he may have a few special tickets on reserve.

THANK YOU SO MUCH GUYS WE SOLD MADISON SQUARE GARDEN OUT IN 10 MINUTES!!!

I held a few seats for stage design that may open up depending on Vanessa’s final layout.

A superstar album-release party invite doesn’t show up on Craigslist every day. And according to Fashionista, even the Yeezy model casting was unusually low-key: models who arrived at the open call reported being seen within as little as 30 minutes, a rapid pace compared to what are often day-long casting sessions for major fashion shows.

West has been teasing Waves on Twitter for the past month, showing off setlists and scribbles and making bombastic brags.

The album is sure to impress, but it’s the fashion show that may have everyone talking next week. If the crowdsourced Madison Square Garden show is anything like West’s past collections—in which he partnered with artist Vanessa Beecroft on stark militaristic tableaus—it should be a work of performance art for the ages.