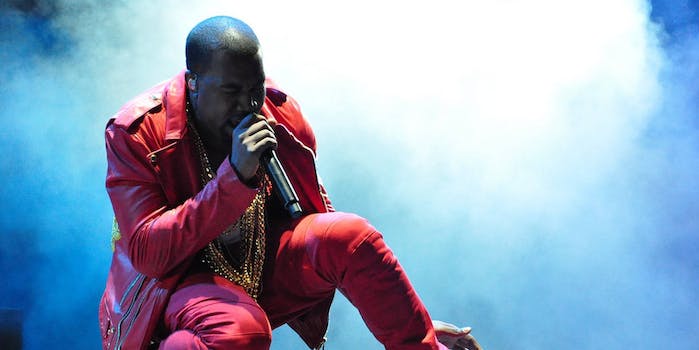 The rapper says he left the encounter confused and a little grossed out. We can see why.

A South African rapper recently told the story of his very strange encounter with Kanye West, and the Internet can’t get enough of it.

“I blocked his number afterwards,” Ninja said in a video that has gone viral. “That shit was just too weird.”

Apparently, West invited him over for a recording session, and when Ninja arrived, he pulled up to the “biggest house on the block” and saw West pacing in his front yard. He described West as being on edge and says the rapper told him that he relied on prescription pills to keep him from “losing his shit.”

“He was telling me that he loses his shit sometimes and that he takes pills because he freaks out,” Ninja said.

“As I was trying to bring up the track again, Kanye’s like, ‘Do you like banana pudding?’” Ninja said.

The two enjoyed the dessert and Ninja cleaned the dishes.

Ninja isn’t the only person to comment on West’s strange behavior in the past year. West’s longtime co-writer Rhymefest tweeted in February that the singer needed spiritual and mental counseling.

@JakeChatty my brother needs help, in the form of counseling. Spiritual & mental. He should step away from the public & yesmen & heal

@OGoGoooh @lord_cornwall I love my brother. I pray for his health not our entertainment

West has yet to comment on Ninja’s detailed recap of their time together.