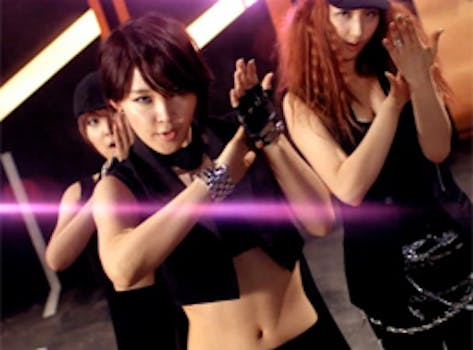 The Internet hath no fury like a K-pop fan denied access to K-pop—or so one music distributor learned this weekend when it blocked dozens of videos from English-speaking YouTube fans.

Universal Music Group is calling it a “YouTube glitch.”

Billboard reports that fans began trending #giveususkpop and #umg on Tumblr and Twitter yesterday after discovering that a number of K-pop videos distributed internationally by Universal Music Group were suddenly being blocked in the U.S., U.K., Australia, and other countries.

An angry plea posted to Asian Fanfics was retweeted more than 400 times Sunday: “Most Cube Entertainment videos have been blocked in the USA and UK,” it read. “They want to keep kpop restricted to Koreans like it originally was. I guess they hate the hallyu wave.”

“Hallyu” is the Korean word for “wave,” which for several years has been used to describe the increasing export of Korean culture to other countries—particularly Korean drama and K-pop. Cube Entertainment is a small, relatively new entertainment studio representing a number of popular artists like 4Minute, Beast, and Hyun-a, whom overseas fans might recognize as Psy’s “Gangnam Style” muse: 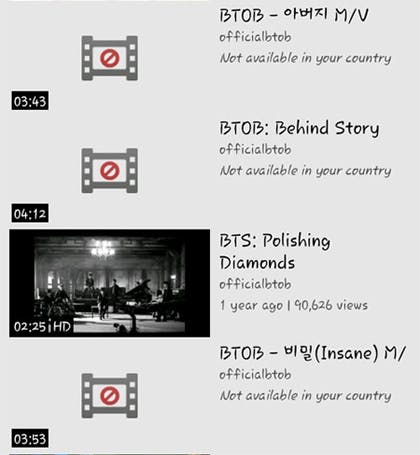 “[W]ithout kpop it’s like twitter without followers,Sehun without bubble tea & soul without a body,” wrote one fan.

Hours after the outcry began, Universal updated its Facebook with an explanation, indicating that it had taken notice of the clamor and the hashtag:

Glitch at YouTube blocking videos. We’re doing all we can to get them back online. #GiveUsKPop

Fans suspected the “glitch” was actually a push by Universal and Cube Entertainment to redirect traffic to the bands’ VEVO channels. Neither company has confirmed this, although Universal has previously confirmed to the Daily Dot that it has focused its efforts on its Vevo-driven channels. Still, in some cases, like Beast’s, the official Vevo channel only has one or two MVs, and it would make very little sense to deliberately block access to the 60 other videos on its own channel.

As of today, the video access seems to have been restored to at least the U.S., although K-pop fans are still circulating the alarm and commenting angrily on Universal’s Facebook—though not on the post where they explain what happened, which only has a surly 11 comments. Cries of racism and censorship run rampant, though in this case, it does appear that the issue might be just what’s reported: a simple glitch.

Whatever the cause, international K-pop fans have made their need for readily available K-pop abundantly clear. It will most likely be a long time before anyone attempts to break them up again.