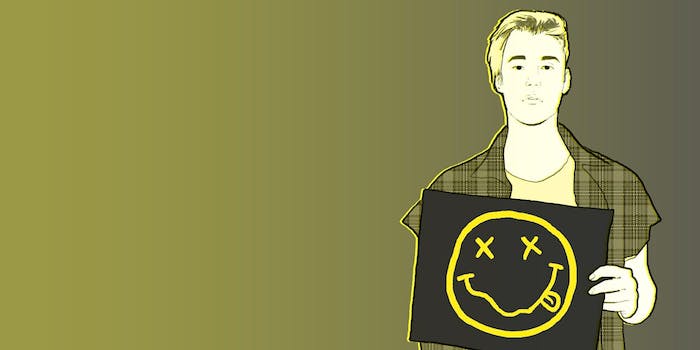 There's a lot more 'Why?' happening in 'What Do You Smell Like?'

If you survived the aughts, you’re probably a mashup connoisseur, which means DJ Cummerbund’s new Justin Bieber mashup might bum you out.

Technically, things are going right here—the songs all have similar tempos, so they fit together pretty seamlessly—but there is virtually no party that calls for Kurt Cobain wailing about ’90s teenage malaise set to a cartoony tick-tock clock beat.

Things definitely hit their stride when he pairs Katy Perry’s “Firework” vocals with that Bieber beat (those two songs are 100 percent invited to the same party), but overall there’s a lot more “Why?” happening in “What Do You Smell Like?”