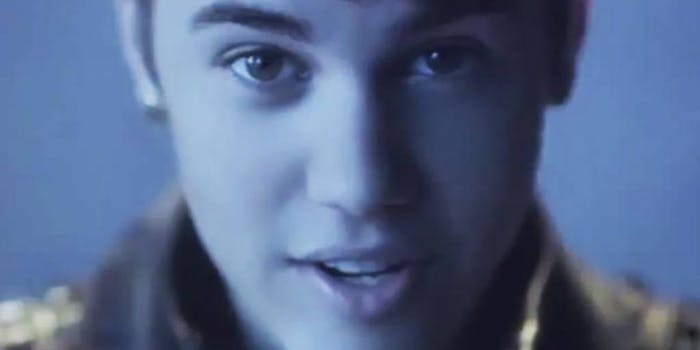 Could the days of wild Justin Bieber be behind us?

In a rare turn of events, a video of Justin Bieber emerged this week that doesn’t involve casual racism, prostitutes, or criminal activity of any kind. In fact, the clip—taken by his father, Jeremy—showed Justin being a normal member of the Bieber family while celebrating his dad’s 40th birthday.

Bieber Sr. himself is not free from criticism; he was with Justin in Florida when his son was arrested for drag racing and doing a lot of underage drinking.

The pop music prince has apparently rediscovered his spirituality recently: Last week, he was Instagramming Christian literature, and it was even reported that he has in fact been baptised “in a bathtub.” While the superstar hasn’t exactly kept his nose clean in recent months (or years), he might actually be trying to reform his life, and if that’s the case, perhaps we should let him be.

Whether this is all part of a genuine move by Bieber to try and be normal again or whether it’s part of a carefully planned PR maneuver after the most recent debacle is unclear. Regardless, it’s important to remember that much of his ongoing legal trouble is still not behind him just yet.

But in the words of the man himself, perhaps these are really “new beginnings” after all.