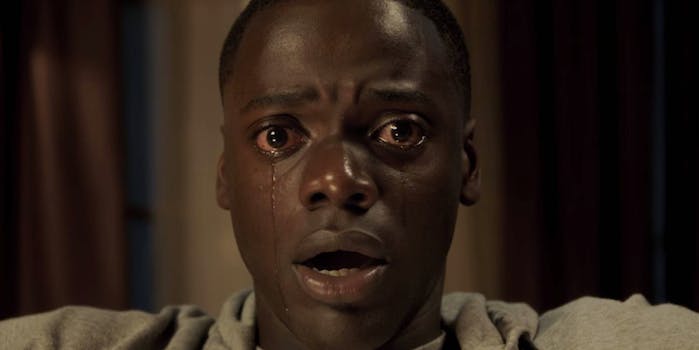 Jordan Peele’s ‘Get Out’ trades comedy for suburban horror

In their Comedy Central sketch show, Jordan Peele and Keegan-Michael Key played around with ideas about both horror movies and race. Now Peele is bringing those ideas to the big screen.

The trailer for his new Blumhouse-produced horror film Get Out sketches out the premise: A man (Black Mirror‘s Daniel Kaluuya) and his girlfriend (Girls‘ Allison Williams) drive out to the country to meet her family. But, of course, something is amiss, and that’s driven home by Kaluuya observation: “If there’s too many white people I get nervous.”

Get Out debuts in theaters in February.