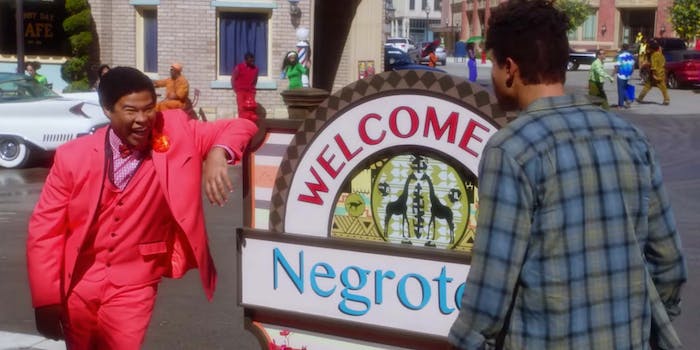 Finally, a way to escape racism.

The fifth season of Key & Peele doesn’t return until July 8, but the duo just released a very special episode to tide us over.

Key & Peele have never shied away from discussing racism in their sketches, but in light of the death of Freddie Gray and the protests in Baltimore, this one is especially relevant.

A man (played by Keegan-Michael Key) is stopped by a cop for no reason and roughed up, only to be saved by a mysterious vagrant who takes him to an alternate universe called “Negrotown,” a place where black men and women can “walk the streets without getting stopped, harassed, or beat.”

As Key observes, it seems almost too good to be true, which makes the sketch’s final line hit that much harder.