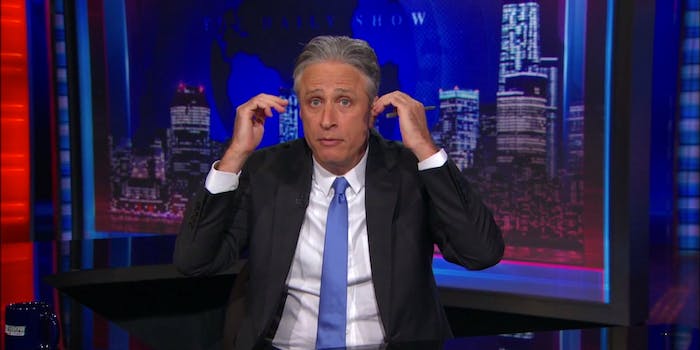 As with his initial retirement announcement, Stewart waited until the final minutes of Monday night’s show to break the news. And while we’ve still got a few more months with Stewart as host, his final show on Aug. 6 will likely sneak up on us.

“I will be wearing a suit, I will more than likely be showered,” he joked. “I’m sorry, I’ll be wearing overalls and I won’t shower.”

But Stewart does hope people will tune in—and he’s even offering fans the chance to win a trip to New York City and two tickets to his final taping.

Comedy Central has yet to announce when new host Trevor Noah will succeed Stewart.