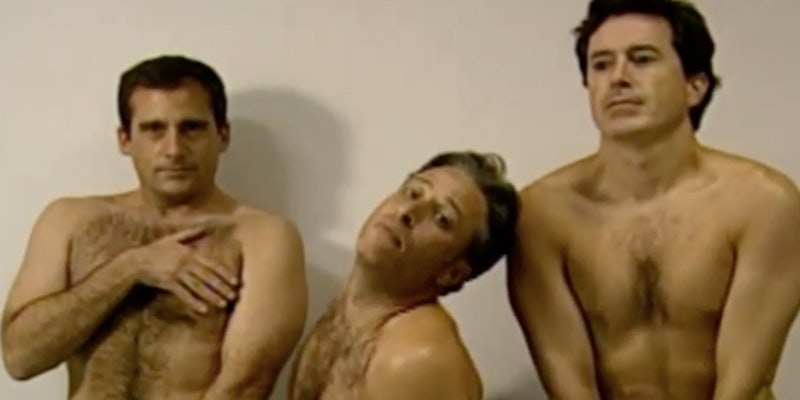 Steve Carell, Jon Stewart, and Stephen Colbert will break the Internet with this #TBT

One of these men is an Oscar nominee.

Kim Kardashian may have attempted to #breaktheinternet with her booty-baring cover shoot, but The Daily Show may have actually achieved the feat with its most recent Throwback Thursday on Instagram.

Today the Comedy Central show unleashed a clip of host Jon Stewart vamping between former colleagues Steve Carell and Stephen Colbert—all shirtless. It’s a throwback to Oct. 11, 2001, when this clip was the show’s Moment of Zen.

Our recommendation: Leave it on loop and let the sultry sax sounds combined with their perfect posing bring you to a true place of zen.