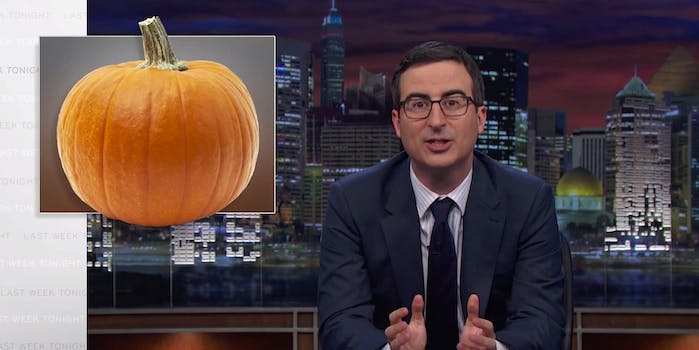 He's had enough with the "egg nog for morning people."

John Oliver is at war with the very essence of the American fall season: pumpkin spice.

As he’s done in the past, Oliver put together a Web exclusive rant online while he was off for the week, and he went to town on the pumpkin spice phenomenon and why, once it’s October, people look at pumpkins and go, “I don’t know why, but I simply have to drink that.”

He doesn’t really reach any conclusions other than to continually bash pumpkins and pumpkin spice for more than three minutes as he tries to understand why people go nuts for pumpkin spice products even though they don’t really have any pumpkins in it.

He offers up some alternative fall flavors, but they don’t sound nearly as appetizing.