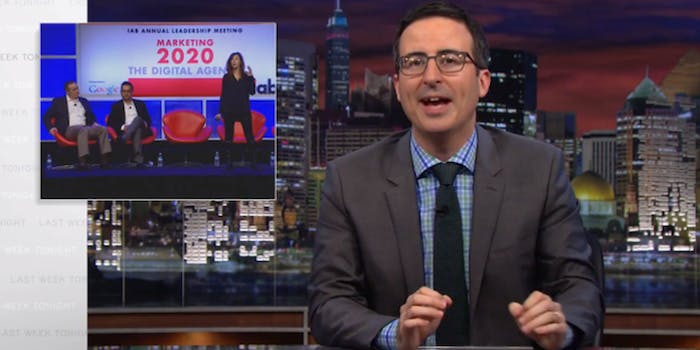 These are desperate times, and they apparently call for desperate measures.

Does anyone remember the aniquated idea of church and state? The dubious blurring of lines between advertising and editorial was the focus of John Oliver’s Sunday night monologue, and it was depressing.

Old media organizations like Time have picked up on the scent, too. Oliver showed a clip of Time CEO Joseph Ripp, who explains his editors are very happy working for the business side now:

“No longer are we asking ourselves the question, ‘Are we violating church and state,’ whatever that was.”