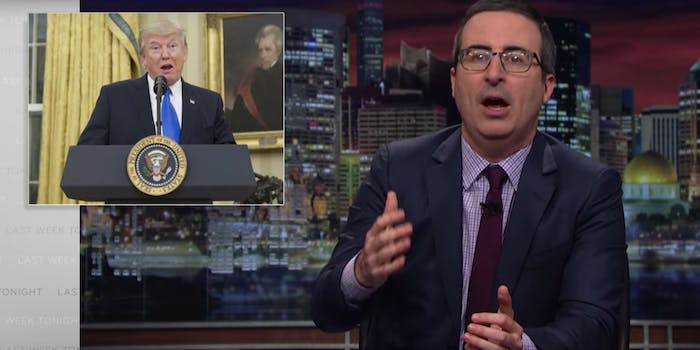 You knew it was coming, and it was still wonderful.

Over the first month of Donald Trump’s presidency, Seth Meyers has handled the late-night task of responding to the administration with comedy. And while his actions helped satiate the left’s need for laughs and accountability, everyone has been anxiously in need of their John Oliver fix.

Oliver was off-air through the entire transition, and he returned with an all-encompassing look at Trump’s relationship with the truth, tackling four major questions:

1. How did we get a pathological liar in the White House?

2. Where are his lies coming from?

3. Why do so many people believe him?

4. What can we possibly do about it?