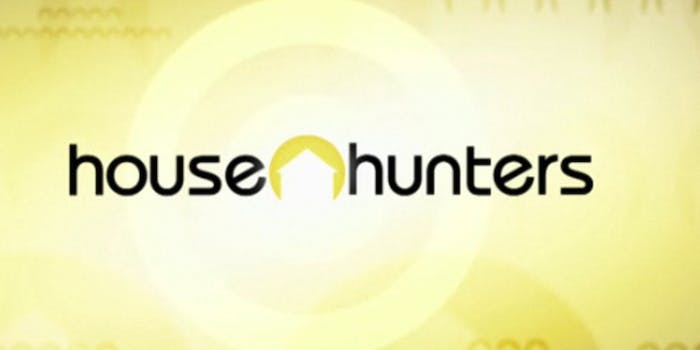 Surely we can all agree the best part of watching HGTV’s House Hunters International is making fun of it with your friends. As it turns out, comedians Michael Ian Black and John Hodgman agree. They’ve set up a new Tumblr just to watch—and mock—the program.

You might recognize Black from various Comedy Central shows, like Stella and Reno 911! and Hodgman is a correspondent on The Daily Show.

Since January, the pair sporadically live-tweeted episodes of House Hunters International (or as Hodgman calls it “HoHuXNat’l”). But judging from their move to Tumblr, we can only assume that Twitter is not expansive enough to accommodate the level of snark they harbor for House Hunters.

On Wednesday night’s episode of House Hunters International, the duo amusingly judged a couple looking for a vacation house in the Bahamas. “House #2 is a mansion with a deep water dock. They are two people with no children. They are what’s wrong with America,” the pair posted on the must-follow blog.

Their ire was not merely reserved for the couple, however. About the tropical paradise JH and MIB observed, “I’ve been to the Bahamas. An amazing place if you like to eat only conch.”

Although the live-blog was only promoted on Hodgman’s Twitter account, the blog was a hit as the pair started answering fans’ questions during the episode. Hodgman—obviously an avid HGTV fan—also used the new Tumblr to start mocking another show, Property Brothers which he described as “‘Dead Ringer’ twins creep out a brand new couple” but was too bored by the show to commit to it.

However, the future for mocking HoHuXNat’l looks more promising. One person asked, “Will you two be doing this via Tumblr again?” Hodgman responded, “MIB and I will discuss it over jumbo shrimp and daiquiris and make up our mind soon.”

Let’s hope it’s a “yes”—their jokes are the best part of the show.