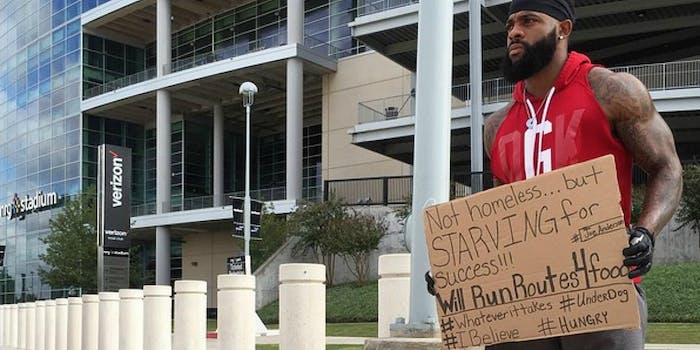 It took six weeks, but Joe Anderson's sign-holding has paid off.

Earlier this month, a free agent named Shiloh Keo started a Twitter conversation with Broncos coach Wade Phillips about why Denver had signed a defensive back that was not named Shiloh Keo.

@sonofbum I hear ya, still the same system tho. Little man is doing great. Keep me in mind tho if things don't pan out

Eventually, Keo was signed by the Broncos and has played in a couple of games this season.

Last month, the receiver loitered outside NRG Stadium in Houston, begging for a job.