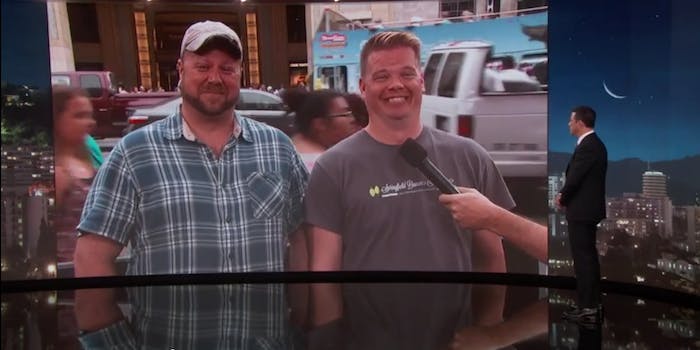 This is an interesting way to mark the historic event.

The Supreme Court‘s ruling that the Constitution protects gay couples’ right to marry has created a major problem for Jimmy Kimmel: Are those two men or two women just friends, or are they the latest beneficiaries of the landmark court decision?

“It’s a dilemma we all face,” Kimmel said, referring to the guessing game. Then he brought on a series of couples via satellite to play the actual guessing game “Couple or Friends?”

Some of these guesses were tougher than others.

As it turns out, Kimmel isn’t a bad guesser. But judging by the fact that he gave one pair of friends some Donald Trump cologne, he is a bad gift-giver.