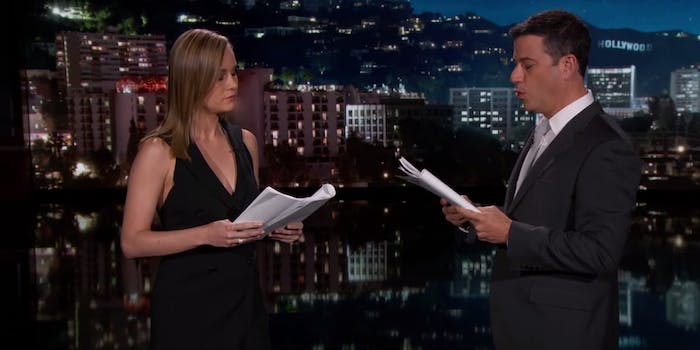 Seriously, though—why is an 'emoji movie' even a thing?

Because the phrase “emoji movie” is the perfect embodiment of terrible Hollywood ideas that no one wants, Jimmy Kimmel had fun imagining what such a movie might be like. Enlisting the help of actress Brie Larson, Kimmel performed a dramatic reading of a hypothetical emoji movie script. It’s inspiring stuff.

We hope the real emoji movie will be more exciting than this—but we doubt it.