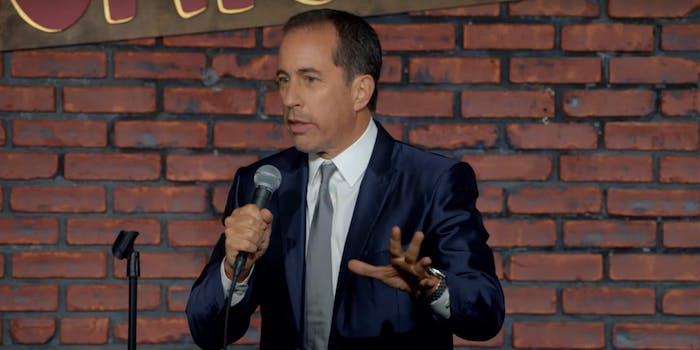 Jerry Seinfeld‘s debut Netflix special is part documentary, tracing a line from his childhood on Long Island, New York, to his beginnings in comedy. But it’s also a return to the stage for the comedian, who has been busy with his popular series Comedians in Cars Getting Coffee—which is also moving to Netflix.

The hourlong special, Jerry Before Seinfeld, is the first of two standup specials Seinfeld is doing for the streaming platform; it was reported that he netted $100 million for this gift of content. A new trailer cites his debut on The Tonight Show in 1981, as well as vintage photos of him at NYC’s the Comic Strip, where the new special was filmed. There’s also a searing joke about Cookie Crisp. Some riveting stuff here.