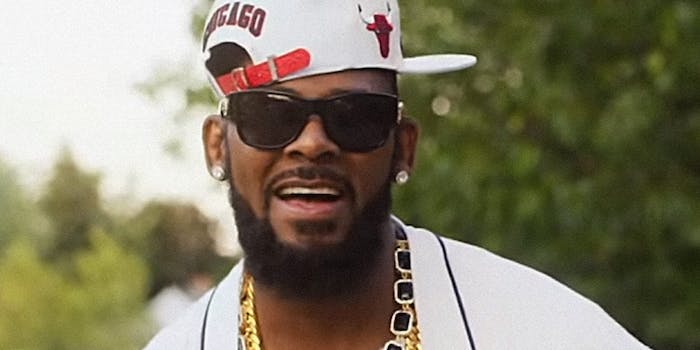 In 2008, Jerhonda Pace was one of Kelly's most vocal supporters.

Another woman has come forward with allegations of abuse against R.Kelly.

Jerhonda Pace, 24, told BuzzFeed that she had a relationship with Kelly when she was underage and that he paid her to keep quiet. BuzzFeed obtained legal documents, a polygraph test, and documentation of payments made to Pace by Kelly’s management team.

In July, BuzzFeed published a report detailing Kelly’s abuse and manipulation of women who reportedly live with him. Pace was at one time one of Kelly’s most vocal supporters, attending his 2008 child pornography trial and defending him to the press. She was 15 at the time. Pace alleges Kelly then initiated a sexual relationship when she was 16, which involved filming sex acts without her permission and calling him “daddy.” She claims in 2010 that Kelly choked and slapped her after he caught her texting a friend.

An R. Kelly representative sent along this statement to BuzzFeed: “The allegations against Mr. Kelly are false, and are being made by individuals known to be dishonest. It is clear these continuing stories are the result of the effort of those with personal agendas who are working in concert to interfere with and damage his career. Mr. Kelly again denies any and all wrong doing and is taking appropriate legal action to protect himself from ongoing defamation.”

Though Pace signed a non-disclosure agreement, she said she feels like she has to speak out: “I know speaking out against Kelly, Kelly could sue me. But I’m really not worried about it anymore. I feel like this is a healing process for me, because I’ve been holding this in for so many years, and to see that he always gets away with it, it’s just not right. I’m just going forward with my head held high.”