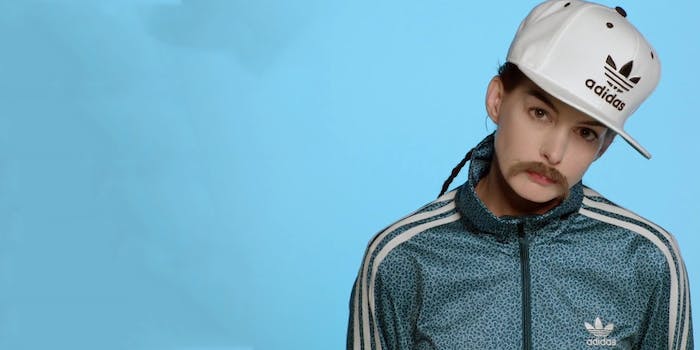 “Just One of the Guys,” from her upcoming album The Voyager, was directed by Lewis, and features Brie Larson, Kristen Stewart, and Anne Hathaway flipping gender roles and satirizing macho tracksuit culture, as well as highlighting the pressure many women face to just be cool and hang with the guys. You know, like the movie.

Lewis explains that no matter how hard she ties to be one of the guys, there’s something inside that won’t let her, as Stewart, Larson, and Hathaway breakdance, post up, and, yes, cry. Apparently Hathaway’s rat tail was her idea, and the look she was going for “melancholy Backstreet Boy.”

This is also a reminder that we need more Brie Larson in our lives. Everyone’s seen Short Term 12, right?