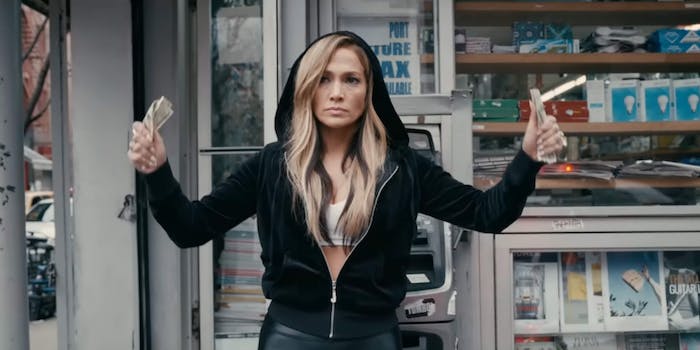 The 2020 Oscar nominations brought out the big snubs, but fans felt the J.Lo one.

The 2020 Oscar nominations are out and Jennifer Lopez has been snubbed.

Lopez’s portrayal of Ramona in Hustlers, an adaptation of Jessica Pressler’s New York article about strippers with a side hustle, was critically lauded and she landed a Golden Globe nomination for the role. The movie was a hit at the box office, but she was shut out of the best-supporting actress category, despite a grassroots Oscar campaign.

Jennifer Lopez was snubbed from her first ever Oscar nomination so others could be recognized for playing the same basic white women characters 🤬🤦🏻‍♂️ pic.twitter.com/feVq2UFYxA

Jennifer Lopez, Lupita Nyong'o, and Awkwafina are all snubbed while Scarlett Johansson gets double nominated. 🤔🤔🤔

Hustlers director Lorene Scafaria was also shut out; in fact, no women were nominated in the best director category.

People were also calling out the snubbing of Lulu Wang’s The Farewell, as well as Lupita Nyong’o’s performance in Us.