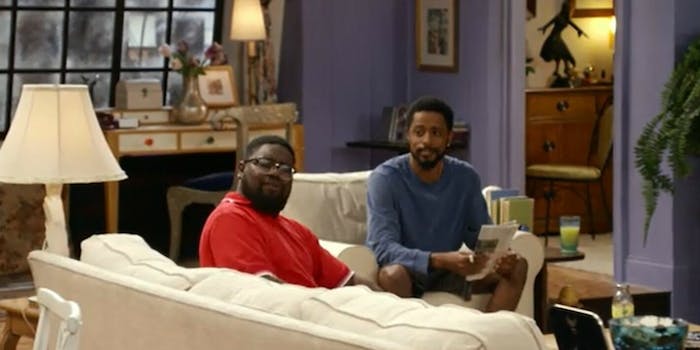 Jay-Z will be there for you.

Jay-Z is taking us back to the 1990s when all of your closest TV buddies were there for you. In his new video for “Mastermind,” a Friends episode (and its opening theme song) is reimagined with an all-black cast that includes  Issa Rae as Rachel and Jerrod Carmichael as Ross.

You need to be a Tidal subscriber to see the entire video, which plays off the 1996 Friends episode titled “The One Where No One is Ready.” But director Alan Yang, the executive producer of Master of None, shared a snippet on his Twitter account.

Or you can watch more the video on Tidal.