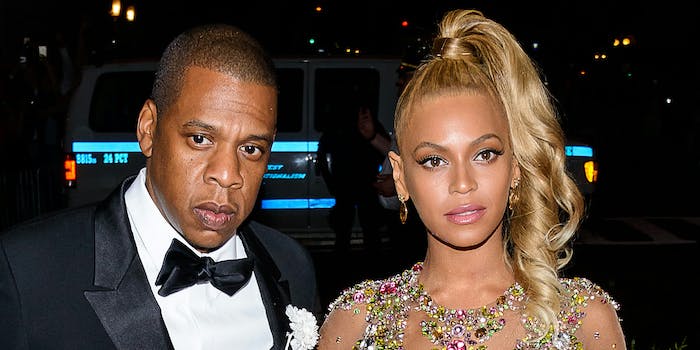 Jay-Z and Beyoncé join forces for epic banger ‘Top Off’

Jay and Bey give Meek Mill a shoutout.

DJ Khaled got the gang together for another song: On Friday he released “Top Off,” featuring Jay-Z, Beyoncé, and Future.

It’s the first single off Khaled’s upcoming album Father Asahd, and finds Jay-Z giving a shoutout to his daughter, referencing threats he received from George Zimmerman, and calling Bey the FLOTUS. Beyoncé then drops her verse: “I’m the only lady here, still the realest nigga in the room/I break the internet, top two and I ain’t number two.”

Jay and Bey also both reference Meek Mill, who is currently incarcerated for violating his probation.