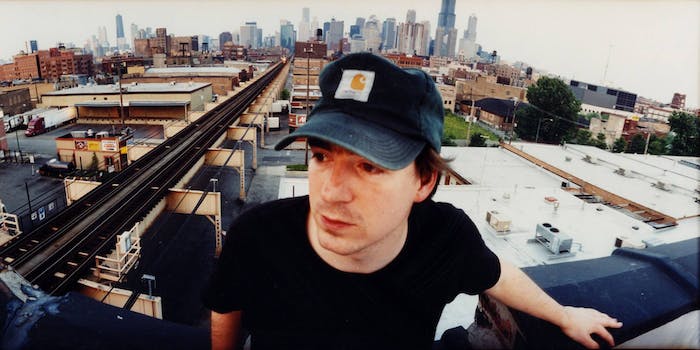 Behind “Lone Star Horizons”: A Texas tribute to Jason Molina

Proceeds from the 18-track Bandcamp compilation will benefit the Jason Molina Memorial Fund.

Jason Molina was a songwriter of staggering proportion. His output as Songs: Ohia, Magnolia Electric Co., and under his own name warrants inclusion in a new Great American Songbook, full of raw heartbreak and devastating beauty.

He passed away on March 16, at the far-too-young age of 39. The news came to me via Facebook while on maternity leave with my wife and our newborn son, Oscar. I instantly thought of the many times I felt moved to action by Molina’s work over the years. I reached out to friends and acquaintances I’ve made over the years to try to put together a tribute to who I consider a pinnacle artist: Lone Star Horizons: A Texas Tribute to Jason Molina.

Didn’t It Rain by Songs: Ohia got me away from the classic rock worship of folks like Neil Young and showed me (and many others) that the song was still most important. I bought Didn’t It Rain while visiting my friend Christina Rentz in Chapel Hill, North Carolina. That trip proved to be revelatory for me. Not only was Didn’t It Rain a moving soundtrack while wandering Franklin Street and searching the crowded shelves of CD Alley, it also fell right in line with my other purchases during my stay, including Bob Dylan’s Hard Rain, Richard Thompson’s Shoot Out The Lights, and Smog’s Knock Knock. “Ring the Bell” and “Blue Factory Flame” will always remind me of white chapels on hilltops.

One of the best shows I have ever seen was on Sept. 29, 2006, at Emo’s. It was one of those double bills for one price gigs where you’re able to go both indoors and outdoors. Indoors was Xiu Xiu (I think) and outdoors was Magnolia Electric Co. Molina and crew were so great that night that you heard the sound guy through the monitors in the middle of the set say, “You guys are really good.” That is rare, and it was true that night for sure.

This tribute is a culmination of many people’s hard work includes contributions by White Denim’s James Petralli, Some Say Leland, and Lex Land, among others. I cannot go without thanking Tony Ferraro for the artwork, Seth Gibbs for mastering the recordings for nothing but a six pack of Shiner Seasonal Beer,  Ned Norland of magnoliaelectricco.com, and all my friends and acquaintances who gave their time and artistry to this collection and of course to Jason Molina for his inspiring music and the amazing work he left behind.

Lone Star Horizons: A Texas Tribute to Jason Molina is offically available on May 16. ALL proceeds go directly to the Jason Molina Medical Fund. Accrue Cassettes will be releasing a limited run of the tribute on cassette (of course) in June.

Randy Reynolds, better known as Leatherbag, is a critically acclaimed songwriter and the producer of the KLRU music documentary series, Hardly Sound.