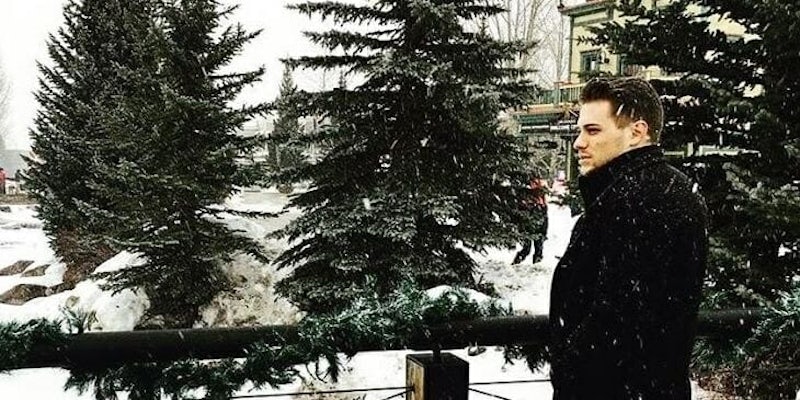 An Instagram personality who posted photos of himself sitting on the edge of a tall building and performing backflips off structures was found dead behind a six-story apartment building, according to the New York Post.

Jackson Coe, 25, was found Thursday morning, and police said signs of his death were consistent with a fall. According to a Post source, Coe was drinking with a buddy before the incident. One building occupant told the newspaper that there was a beer can next to his body and that “we just thought he was drunk.”

Clearly, Coe enjoyed showing off his daredevil attitude on Instagram, where he has 950 followers.

Tuesdays are for the boys? @jthart52 going full send up in The Great White North.

#TBT to cool blue lakes and summit shotguns with the boys

On the photo Coe took of himself with his red Nikes hanging over a Manhattan street, his mother reportedly responded by commenting, “What the hell are you doing.” Wrote Coe: “hahaha just on a roof.”

One of Coe’s friends, Louis Con, posted this tribute on Instagram, writing “You’ve left me with some of the best memories—I’m so sad that you won’t be able to bless us with more. Rest easy my brother.”

You’ve left me with some of the best memories – I’m so sad that you won’t be able to bless us with more. Rest easy my brother.

He’s not the first Big Apple thrill-seeker to plummet to his death. In 2016, extreme photographer Christopher Serrano fatally fell while surfing on top of an F train at age 25. He also posted several Instagram photos of his legs dangling off the side of skyscrapers.

And a year earlier, 20-year-old Connor Cummings fell while trying to snap photos from scaffolding on top of the Midtown Four Seasons Hotel.

Coe worked at food delivery site GrubHub, and a company spokesperson said, “We are deeply saddened by this news, and our thoughts are with Jackson’s family and friends during this difficult time.”

Earlier this month, a pair of YouTubers who made adventurous videos died as they tried to rescue one of their girlfriends when she was swept into a river. All three went over a waterfall in Canada and were killed.