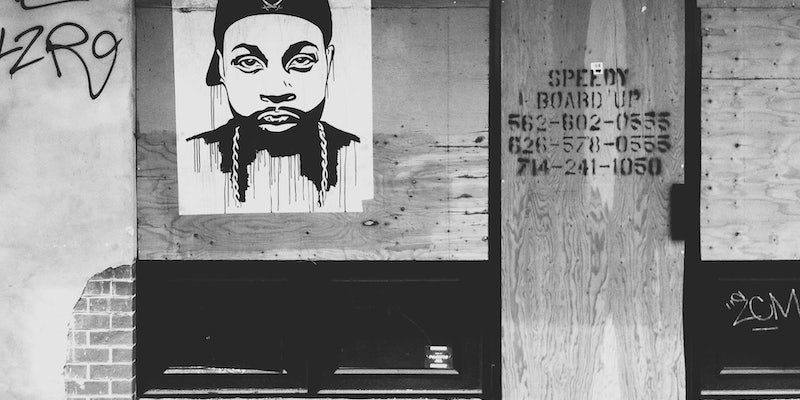 James Dewitt Yancey was an insatiable archivist for black music.

One of the most intricately arranged and warmly welcoming albums of 2006, J Dilla’s Donuts, now has an accompanying video project that does its laundry list of samples justice.

In his too-brief 32 years on Earth, Detroit native James Dewitt Yancey emerged as one of hip-hop’s most gifted, sample-based producers. Yancey, stage name J Dilla, was likewise an insatiable archivist for black music. This made the guy a turbo drone in the studio, and he left behind an avalanche of unreleased tapes upon his death in 2006 from thrombotic thrombocytopenic purpura, a miserable blood disorder.

His beats sounded like melted wax served with stovetop turkey stuffing and a shot of tequila. His drums battered, and they were baked into unheralded soul music. This made for rap canvases so welcoming that even the bench players on Detroit rap clique Slum Village sounded awesome on them.

For the video project, YouTube user Houston Loves J Dilla found live performances of the samples used on Donuts. He or she then synced them into the music, and like J Dilla at the office, peppered in unrelated and weird splices. The whole thing is hypnotic and moving—mostly because it features so many vintage fresh, ’70s R&B performances. Fun fact: The donuts logo used for the unofficial project is a remix of Houston-based chain Shipley Do-Nuts.

Released Feb. 7, 2006, Donuts would be the final album Dilla saw to completion alive. But no less than nine albums and EPs with unearthed work have been released since his passing. The best one, The Shining, is worth revisiting immediately.