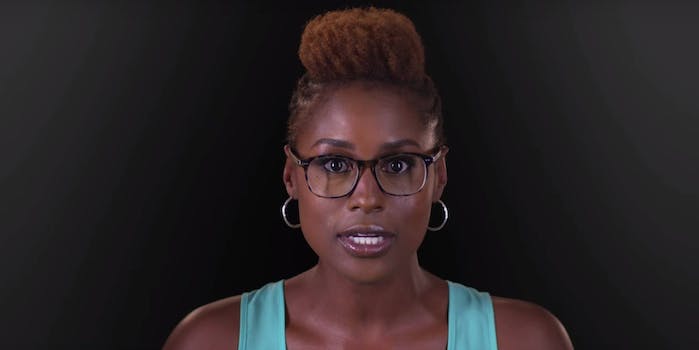 Issa Rae‘s new HBO series, Insecure, debuts on Oct. 9, but you can start your binge early.

Rae announced today that you can watch the pilot episode now on HBO or HBO Go, “right now. Like, now now.” This is great news for fans of Rae’s who’ve been following her since her YouTube webseries, Awkward Black Girl.

The first episode is titled “Insecure as Fuck” and finds Rae’s character, Issa Dee, reexamining life after her 29th birthday. It was written by Rae and Larry Wilmore.