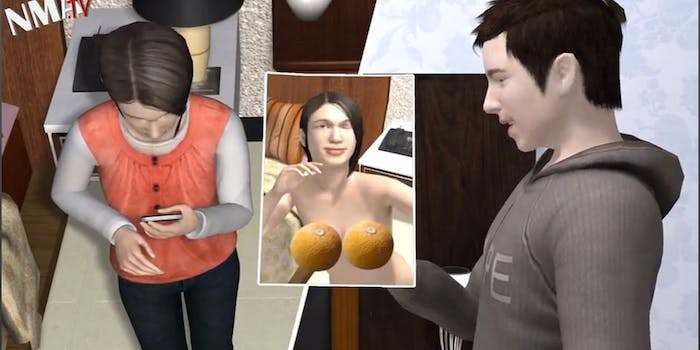 Is Anyone Up gets animated

The revenge-porn site is now an international sensation. A queasy sensation, that is.

Is Anyone Up’s fans give the site schadenfreude-laden support on Twitter. One man tweeted, “Wow, I was worried there for a second.. After too long with nothing, great to see @isanyoneup back up n runnin! Thank you, Sir Moore ; ) ”

Another justified Moore’s actions as a kind of societywide tough love: “I knew Hunter Moore was onto something when he said isanyoneup was a lesson to kids about having/using camera phones.”

But the real revelation of the video is that even though Forbes and other publications have been writing about the site since July and Moore has made TV appearances defending his site, a lot of people still don’t know about his revenge-porn operation.

“Glad I don’t take pictures of me or my GF naked, and I’m even more glad﻿ I don’t have Facebook,” commented F0nkyNinja.

So it may take a Taiwanese animation to wake Americans up to the latest danger to their privacy. What does that say about how naked and defenseless we are?