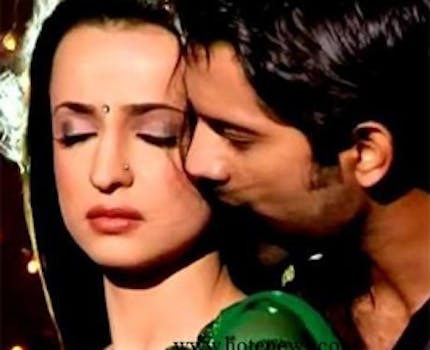 Indian drama gets canceled by its own fandom

When one of the lead actors chose to leave the show, producers decided the fandom wouldn't tolerate a replacement.

The only thing a fandom has to fear is fandom itself—or so fans of one popular Indian series found out last week when producers canceled the show rather than risk upsetting its fanbase by replacing its main actor.

Producers and actors in North American, Asian, and European media have had a few decades to get used to the impact of organized fandom on their series. But in other parts of the world, online fandoms are only just beginning to interact with and influence television and film production decisions. Sometimes the road to harmony between the two can be quite rocky, as fans of Iss Pyaar Ko Kya Naam Doon?, affectionately known as IPKKND, learned when its lead actor, Barun Sobti, decided to leave the show.

Poonam Saxena, writing for The Hindustan Times, speculated that “neither the channel nor the production house had the guts to replace him,” and noted that IPKKND was one of the few Indian series to gain a widespread global fan following. IPKKND is a romance, with many fans tuning in for the epic love of main characters Arnav and Khushi—known as ArShi, in fansmush. Ultimately, the TV show decided it just wouldn’t do to replace the leading man mid-series. The Star Plus network ran a strange message during the broadcast of its final episode, essentially blaming Sobti for leaving and apologizing for the abrupt cancellation.

While the network was roundly criticized for blaming its decision on the actor, the unprecedented level of fandom for the show’s two leads might have given them no other choice.. “TV fandom … is a phenomenon that our television industry is only just beginning to encounter,” wrote Saxena.

“They will never again be on our TV screens, but will be in our hearts, Hamesha,” wrote Tumblr user mywantismyneed.

“We have past episodes to savour, a happy ending to smile to and hope of another season and great things in store for [Sobti and actress Sanaya Irani] in Bollywood,” said laddugirl.

Had the series not been canceled, it would have aired yesterday in India. While some fans, members of an IPKKND community called IPK Anonymous, started celebrating by rewatching the series Dec. 3 as a group, others were gearing into action to bring the couple back on a new show—the actors, at least, if not the characters.