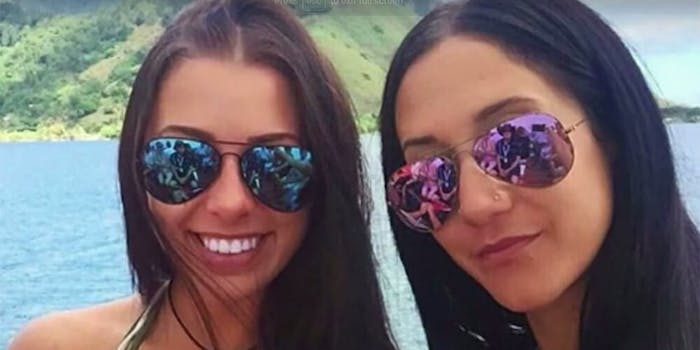 'She wanted to be the envy of others. I doubt she is now.'

A Canadian Instagram model who pleaded guilty to attempting to smuggle cocaine worth $16 million into Sydney on a luxury cruise ship reportedly broke down in tears Wednesday as she received her sentence.

The Australian court sentenced the woman, 24-year-old Melina Roberge, to eight years in prison. Roberge had told the court she risked a life sentence in an Australian prison for the chance to take selfies “in exotic locations and post them on Instagram to receive ‘likes’ and attention,” CBS News reported.

Roberge was one of three Canadians who pleaded guilty to smuggling 95 kilograms of the drug on a seven-week cruise in 2016. The trio, called “the worst cocaine smugglers of all time,” was discovered when police dogs boarded the liner in Sydney and sniffed out millions of dollars worth of cocaine packed in suitcases.

Isabelle Lagace, Roberge’s accomplice and cabin mate, was sentenced in November to 7 1/2 years in prison. The third accomplice, 65-year-old Andre Tamin, will be sentenced in October.

Roberge was reportedly recruited by her wealthy Canadian “sugar daddy” with the promise of an expensive vacation. She never identified the benefactor, fearing repercussions for her family.

The court sentenced her to a non-parole period of 4 years and 9 months in prison, after which she will likely be deported to Canada.

“She was seduced by lifestyle and the opportunity to post glamorous Instagram photos from around the world,” the judge said. “She wanted to be the envy of others. I doubt she is now.”