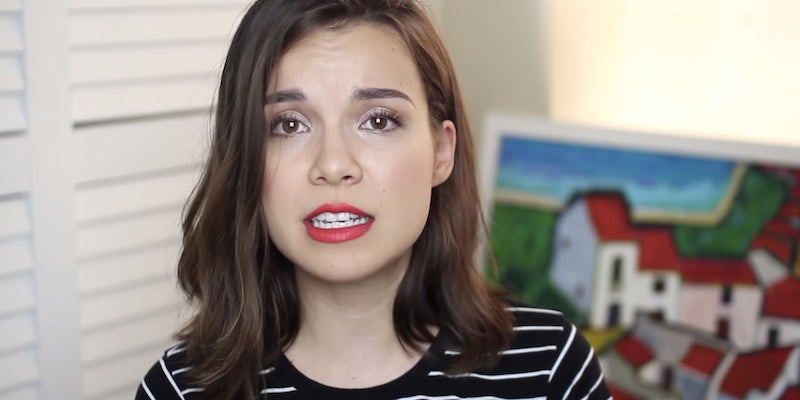 'I want to live my life unapologetically.'

Beauty and fashion vlogger Ingrid Nilsen joined the out and proud LGBTQ+ YouTube community with an emotional coming-out video posted to her channel today.

Nilsen, who goes by the name missglamorazzi on the platform, opened up in a video titled, “Something I Want You to Know (Coming Out).”

The 26-year-old shared a 19-minute video talking about her coming-out process with the 3.3 million fans she’s amassed over a six-year career on YouTube, where she produces beauty, fashion, and DIY content.

Nilsen explained that she’s known since childhood about her sexuality, but that she grew up in an unsupportive environment. She also discussed the fact that she’s dated guys in the past, and described her life as a “constant cycle of distraction and suppression.”

Fans and fellow YouTubers are already reacting positively to the star’s announcement.

Congratulations, @ingridnilsen. And the world has become a better, brighter and braver place for having you in it… https://t.co/tLoRHYZcR4

Im so ridiculously proud of you @ingridnilsen. Keep slaying. ♡