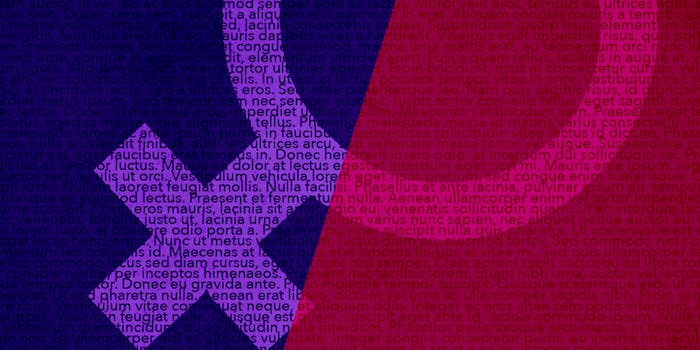 More than 21,000 titles are already included.

Feminists and movie fans alike already know it’s hard to find a movie where two named female characters discuss something that’s not a man. IMDb is trying to address the problem with a new rating feature called F for Female.

Soon, right next to the standard G-through-R rating on a movie’s IMDb page, there will also be an F rating if the movie meets three criteria: “whether the work was directed by a woman, written by a woman, or features significant women onscreen in their own right.” It’s modeled after a system put in place by Holly Tarquini, director of England’s Bath Film Festival.

“It’s exciting when new organizations decide to join us in shining a light both on the brilliant work women are doing in film and on how far the film industry lags behind most other industries when it comes to providing equal opportunities to women,” Tarquini told the Bath Chronicle.

To start, the site has 21,800 films already designated as F-rated, including Frozen, Bridget Jones’s Baby, and American Honey, but the ultimate idea is for the system to become obsolete.

“Our real goal is to reach the stage when the F rating is redundant because 50 percent of the stories we see onscreen are told by and about film’s unfairly under-represented half of the population—women,” Tarquini said.

A few films like The Girl on The Train, Kung Fu Panda 2, and Metropolis hold the rare Triple F rating, meaning they were written, directed, and starred-in by women.

Maybe someday sooner than later the designation will be less of a big deal, but for the time being, the rating system is a big show of support from one of the industry’s most popular film databases.