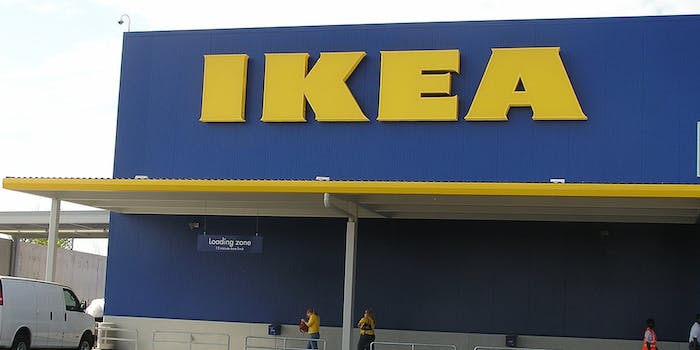 Ikea has had it with teens hosting slumber parties in Ikea

At Ikea, it’s common to find customers lounging on beds and couches to test furniture before a purchase. But a spiking YouTube trend is resulting in unsolicited, “non-sponsored sleepovers” at the store. And Ikea is cracking down on the slumber parties.

This after the most recent incident, where two 14-year-old girls were found in a Jonkoping, Sweden, store. The sleepovers have continued to rise in numbers, amounting to a total of 10 cited happenings so far this year.

As an Ikea spokesperson told the BBC: “We appreciate that people are interested in Ikea and want to create fun experiences, however the safety and security of our co-workers and customers is our highest priority and that’s why we do not allow sleepovers in our stores.”

The girls were not charged for trespassing, unlike two 15-year-old girls in Malmo, Sweden, who were.

In August, Bram Geirnaert and Florian Van Hecke of Belgium filmed their overnight adventure in Ikea for the internet. The admittedly hilarious video garnered more than 1.7 million views on YouTube, serving as a model method for future sleepover enthusiasts. Unlike the girls, these men were not caught in their endeavor and departed with a mission accomplished.

Ikea slumber parties have happened all over the globe, including the U.S., Canada, Netherlands, Australia, Japan, and Poland.