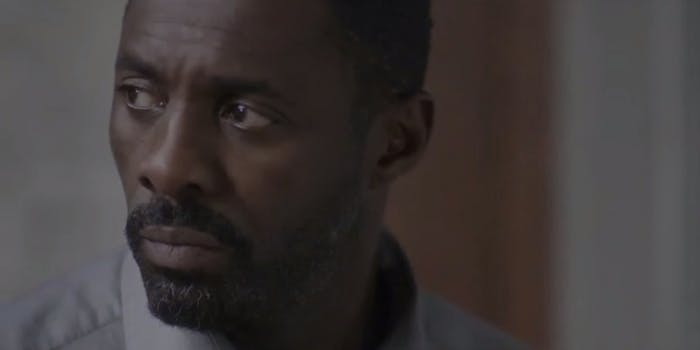 Why isn’t this real?

We probably won’t be getting Idris Elba as James Bond anytime soon, but now we know just what we’ve been missing without him.

Vulture combined footage from Luther, The Gunman, Takers, Spectre, and a Jaguar ad to create a fake James Bond movie around Elba, and we’re already on board. The story itself is somewhat on the thin side, but we think that Elba’s suaveness tied in with his inner struggle could definitely carry it. Now where do we sign up?

Elba’s name has been linked to 007 since last December, but while he’s denied those rumors, the idea has stayed with fans. Earlier this month, current James Bond writer Anthony Horowitz called Elba “too street” and “a bit too rough” to play Bond (for which he later apologized). Some critics saw this as coded racism—especially when compared to his praise of current Bond Daniel Craig for essentially the same things he criticized Elba for. On Elba’s part, he responded with absolute class.