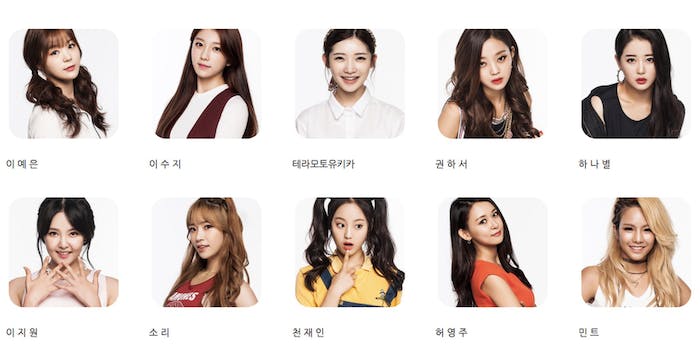 The show is based on a hugely popular Japanese franchise and will debut in 2017.

As Netflix continues to add original Asian dramas to its lineup, Amazon has announced the acquisition of its first, The [email protected], which will debut exclusively in 2017.

Inspired by the Japanese video game series of the same name, the drama tells the story of 10 girls striving to succeed in the highly competitive K-pop industry. Called Real Girls Project, the “group” has even filmed a real music video, and the single is on sale on iTunes.

The drama is a collaborative effort between Amazon, Bandai Namco Entertainment, and Interactive Media Mix. It will air globally in several languages, including English and Japanese. Rather than casting actresses, the group is made up of young Thai, Korean, and Japanese women who are actually striving to become idols in real life.

The [email protected] has been a popular Japanese franchise since 2005, spawning 22 games, an anime series, audio drama, and a highly successful line of merchandise.