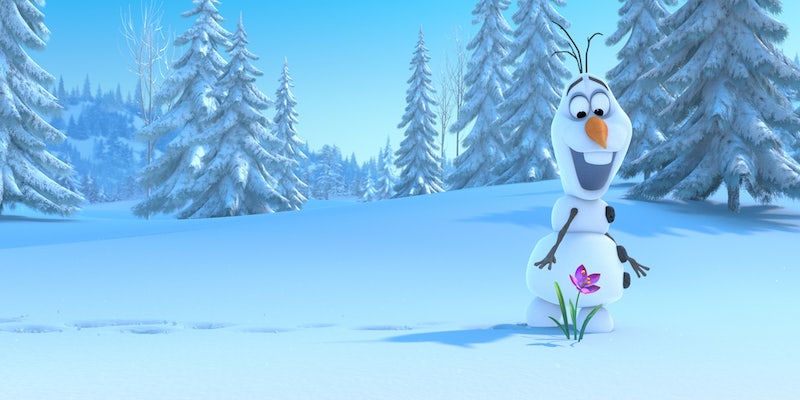 A ‘Frozen’ sequel is ‘in the works,’ says Idina Menzel

Do you wanna make another billion dollars, Disney?

Frozen is the highest-grossing animated film in history and the fifth-most successful film in the universe, so naturally rumors that Disney is planning a sequel have kept fans buzzing for weeks.

Friday, in an interview in the Telegraph, star Idina Menzel says that the sequel is definitely on.

Menzel, who voiced the role of Queen Elsa in the family-friendly remake of The Shining, told the British newspaper that both a sequel as well as an anticipated Broadway version of the film are “in the works.”

When asked if she was signed up for the movie sequel, Menzel replied, “hopefully. We’ll see. I’m just going along for the ride.”

While her statement isn’t an official confirmation from the studio, it’s pretty close. After all, it’s unlikely the studio would move forward with plans for a sequel without including Menzel, who sang the hit song “Let It Go” for the film and later the Oscars.

In the meantime, fans eager for more dispatches from the kingdom of Arendelle can enjoy a six-minute long short, Frozen Fever, from the Frozen production team. The short will land in theaters this spring—complete with a new song that will almost certainly earworm you until the real sequel arrives.