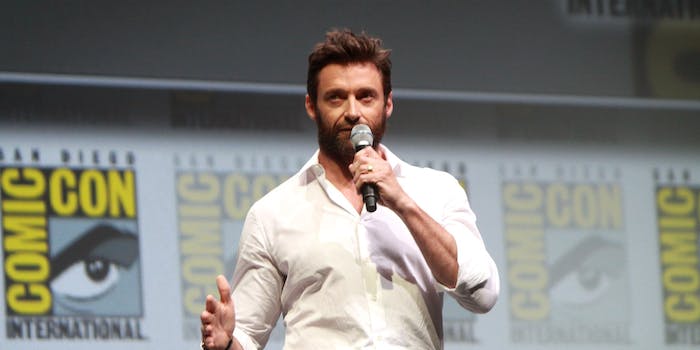 The casts of Agent Carter and Agents of S.H.I.E.L.D. aren’t the only superheroes at the top of their Dubsmash game.

Hugh Jackman is also a fan of the mobile app, which allows people to record themselves lip-syncing to small clips from popular songs or movies. Jackman’s impression of Professor Snape from the Harry Potter films back in April was a huge hit.

Oh nothing much … just singing along to @katyperry! Living a teenage dream!!

Jackman is far from the only celebrity getting into the lip sync-game. NBC’s Lip Sync Battle is more popular than ever, and the cast of Unbreakable Kimmy Schmidt recently did their best Beyoncé impressions in their own lip-sync video.

With Hayley Atwell and the Rock possibly in cahoots, someone should grab Jackman for their team ASAP.