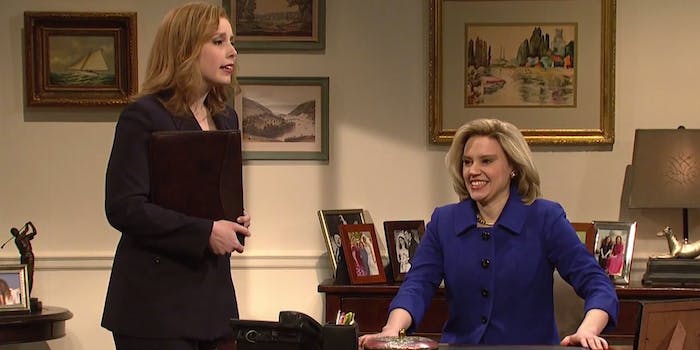 Hopefully the announcement is not vertically shot.

The great Kate McKinnon got fully into the Hillary persona, as she’s coached on how to come across as approachable and how to use the right “humble” tone on social media. (Her vocal warmup is priceless.)

Of course there’s also an appearance by Bill Clinton (Darrell Hammond), who interrupts her vertically shot (Hill, no) video to talk about being “first dude,” rip a sax solo, and hint that he might be her VP nominee. Of course we all know who her VP will be. It will also be Hillary Clinton.