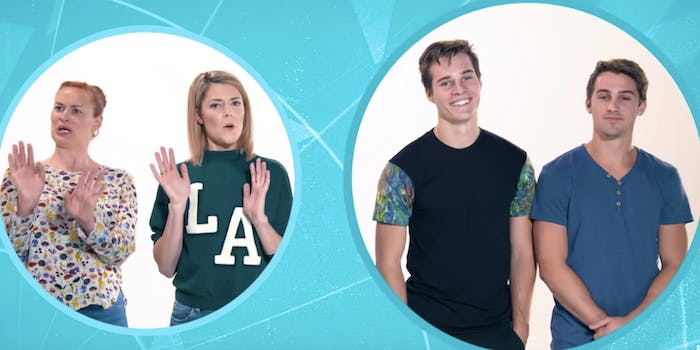 They'll do all the extreme sports Mamrie Hart and Grace Helbig wouldn't.

When HeyUSA wanted to incorporate extreme sports, its two stars just about revolted. And so Astronauts Wanted’s travel show, until now helmed by digital stars Grace Helbig and Mamrie Hart, will be going in a different direction.

This iteration has passed the torch to a more adventurous duo, Vine stars and brothers Marcus and Cody Johns.

The brothers will head off on Wednesday to start filming, arriving in cities across the U.S. and sent on more extreme adventures and stunts. Fans will be able to keep up with them on social media, and suggest activities for them to do outside of their death-defying exploits. They’ll be able to attend meet-ups along the way, too.

Last season Helbig bowed out of the series while filming her talk show, sending Hart on adventures with various other YouTubers like Tyler Oakley and Kingsley. The Johns brothers are subbing in this time around, with their more than 10 million subscribers. Combined with the addition of extreme sports, they should bring the series a dynamic new component.