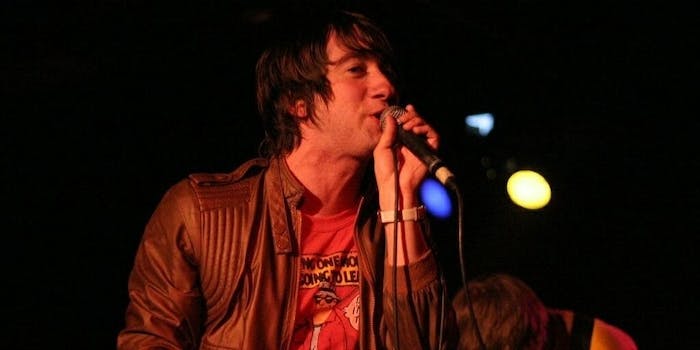 The revival of ‘Hey There Delilah’ has Twitter angry and divided

Was the song's muse creeped out by the song? Or was she flattered?

With the news this week that the Plain White T’s hit “Hey There Delilah” would be transformed into a TV show, lead singer Tom Higgenson said he was excited to let a new generation hear his song of longing about a girl that’s moved 1,000 miles away to New York.

But in some cases, this new series isn’t a cause for celebration. In fact, parts of the internet are downright angry, because some believe the real-life Delilah has always felt creeped out by the song. Yet if you look at her written words and interviews, Delilah doesn’t seem to feel that way at all.

Still, there’s plenty of confusion on the internet about how she’d feel about the latest news. Literary agent Anna Sproul-Latimer wrote on Twitter that Delilah DiCrescenzo had been “totally grossed out” by the song, and others weighed in that she looked uncomfortable while participating in interviews when the song reached No. 1 on the Billboard charts in 2007.

Fun reminder: Delilah is a real woman who went to my college and was totally grossed out by this song, written by a man she was not interested in https://t.co/uVjOBiSwkP https://t.co/u8LtJHBarJ

it's been a decade, but i will never, ever forget her uncomfortable interview on TODAY where the host (Lauer!) continually pestered her about the song and the dude. https://t.co/U06ud8vSSg

I remember that, too! So awkward!

But that doesn’t appear to be the truth about her feelings (a Daily Dot message to DiCrescenzo was not immediately returned).

As she wrote in this 2013 ESPN story, DiCrescenzo—an elite college runner who was good enough to try for a U.S. Olympic team spot—met Higgenson in 2002, and although she had a boyfriend at the time, he said he was going to write a song about her.

In her first-person piece, DiCrescenzo wrote she first heard the song in the basement of her parent’s house with her brother, and she said she immediately felt apprehensive.

“My first thought: ‘Oh no! Did I lead Tom on?’ I became anxious,” she wrote. “I was with Will (her longtime boyfriend). … Tom and I had a friendly relationship and I wondered if he misconstrued my actions. He put so much effort into the song. I felt guilty, like, ‘I’m such a wench!’ When my dad heard the lyrics ‘Oh what you do to me,’ he said, ‘Delilah, exactly what did you to do this guy?’

“It was flattering, though. The song is catchy, melodic. It’s very romantic. It means something to everybody—especially for anybody who ever yearned for someone. But it’s so specific. It mentions New York City. It names me. It’s named after me.”

In that interview with Today, she said that when Higgenson said she would be the muse of his song, she didn’t believe him and thought he was “just being flirtatious and leading me along.”

She also said her boyfriend was jealous when the song was released and that she felt she had to clear up the confusion when it got so popular.

“I knew it was fictionalized, and I’m glad that I finally get the opportunity to say I do have a boyfriend and it is romanticized,” she said. “The song means so much to so many different people. I’m just happy that it’s had so much success, and I don’t mind playing along with it.”

DiCrescenzo accepted Higgenson’s invitation to attend the Grammy’s in 2008, and the last tweet she posted on her Twitter account was retweeting a link to a Billboard story that celebrated the 10-year anniversary of the song.

It doesn’t sound like she was grossed out at all, though she told Columbia College Today in 2007, “There was pressure to live up to this ideal. I didn’t know how to be polite but, you know, ditch him.” Yes, she admitted that she felt nervous she’d let down the band’s fans by having a boyfriend or that people would think “I was ungrateful and rude to deny Tom.” She also said the popularity of the song distracted her from effectively training at the time.

But in the 2013 ESPN piece, she wrote she was in a place “where I can fully enjoy the song.”

DiCrescenszo wrote, “If it wasn’t for me, I’m sure Tom would’ve been inspired by a different girl and written an amazing song about her. As far as I’m concerned, I was in the right place at the right time and met the right person—just the luck of the draw.”

According to the Hollywood Reporter, the “Hey There Delilah” series will be pitched “as a contemporary fairy tale.” Like most of the entertainment business, it’ll be, if you’re basing it on the real-life relationship between Higgenson and DiCrescenzo, a complete work of fiction that might confuse a percentage of the population.