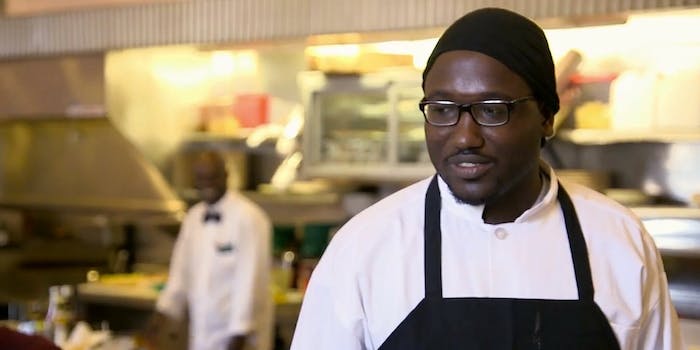 Has anyone made a 'More like unwatchable' joke yet?

The pilot, which was shot in 2014, was never picked up by the network; instead, Comedy Central debuted Buress vehicle Why? over the summer, which didn’t quite make an impact. It seems to be a popular opinion on Twitter that the network made the wrong choice and Unemployable is much funnier, though that’s hard to assess from a 20-minute clip in which Hannibal Buress is, well, Hannibal Buress.

We see him get into Dirty Jobs territory and clean up goat poop, as well as work in a restaurant in New Orleans. Like other Comedy Central shows, the segments are cut with scenes of Buress doing standup, but it doesn’t really flow in the context of the show.