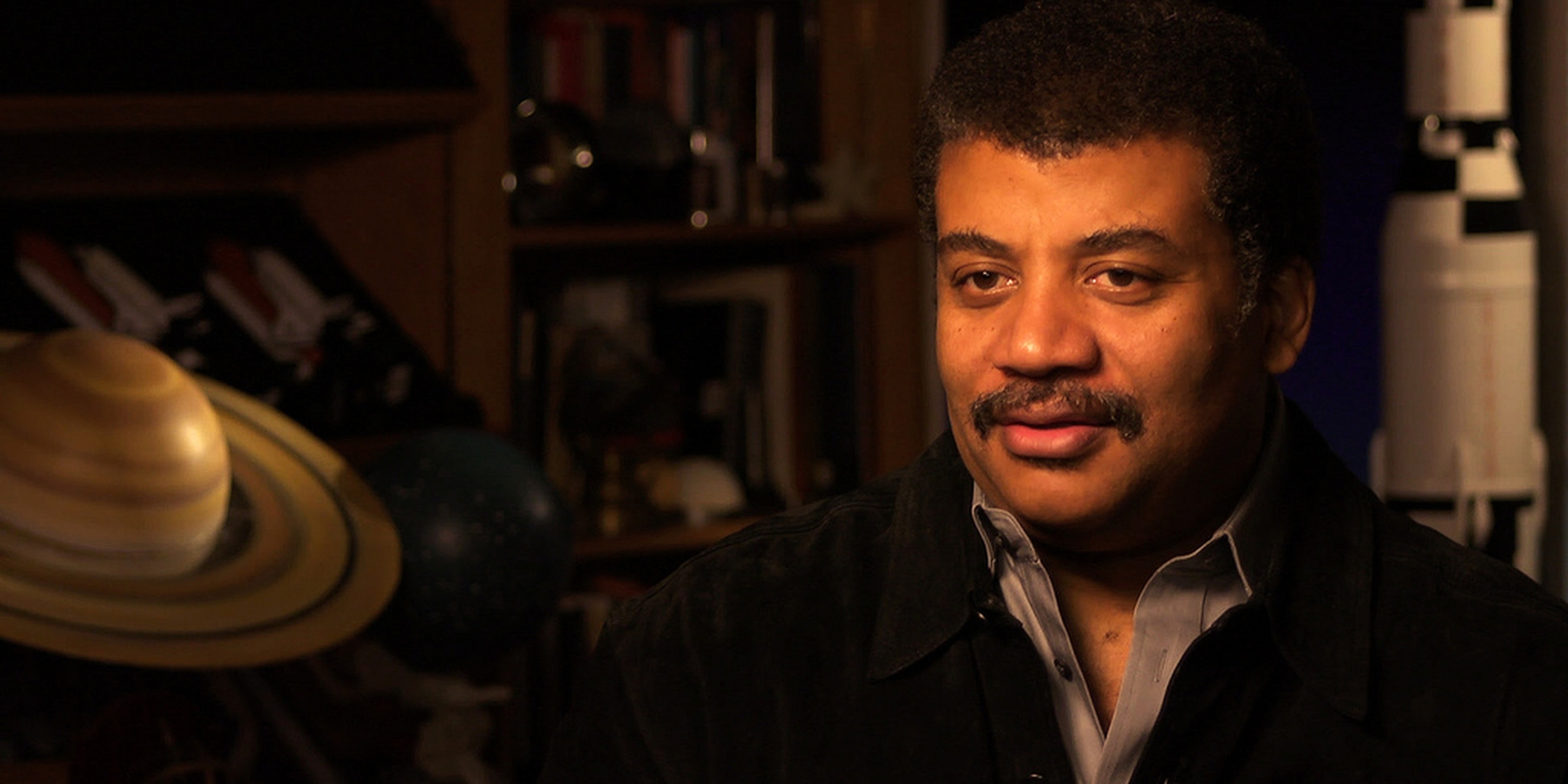 ‘Gravity’ has problems, and Neil deGrasse Tyson explains all of them

Is it possible to call on Dr. Tyson's editorial critiques again at the end of October, when Ender's Game opens?

The space thriller Gravity opened over the weekend to commercial and critical acclaim. The Internet’s most famous astrophysicist, however, had more than a few complaints. Naturally, he let everyone know.

Neil deGrasse Tyson, former host of NOVA ScienceNow and an iconic staple of Reddit and other communities, took to Twitter on October 6 to share his opinions on which aspects the blockbuster got wrong. As usual, his trademark wit shone through as he picked apart the inaccuracies of Hollywood orbit.

Mysteries of #Gravity: Nearly all satellites orbit Earth west to east yet all satellite debris portrayed orbited east to west

While all of his attention was seemingly focused on the details, Tyson actually embraced the movie as a whole.

My Tweets hardly ever convey opinion. Mostly perspectives on the world. But if you must know, I enjoyed #Gravity very much.

The film #Gravity depicts a scenario of catastrophic satellite destruction that can actually happen.

That said, he did lament that the same audiences flocking to theaters to see Hollywood A-listers spend 90 minutes in zero gravity do not take an active interest in actual space exploration.

Mysteries of #Gravity: Why we enjoy a SciFi film set in make-believe space more than we enjoy actual people set in real space

On Reddit, members of default subreddit r/movies, who have been infatuated with Gravity since its release, reacted to Tyson’s tweets. While many respected Tyson for his work and knowledge, they felt that his minor beefs would not take away from the casual moviegoer’s experience.

I do find him fascinating, but I’d like to see him write a screenplay that obeys all the laws of physics, takes place in space, and still manages to be accessible and entertaining to a wide audience.

Concessions have to be made for the sake of drama…which is also an apt response to his last tweet: humans respond to drama more than just about anything else out there (dccorona)

I feel like its not in his best interest to bash science fiction movies. Anything that gets people interested in space he maybe should be a little more encouraging of. (FearAzrael)

We wonder if it will be possible to call on Dr. Tyson’s editorial critiques again at the end of October, when Ender’s Game opens.