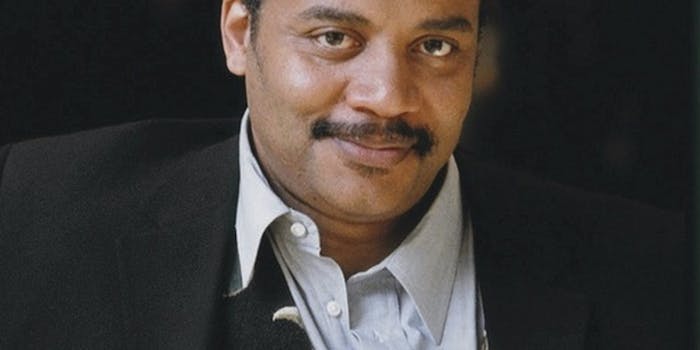 "If aliens are just like us, then they should be feared," offered the astrophysicist in his latest AMA session on Reddit.

Neil deGrasse Tyson’s debut Ask Me Anything (AMA) session on Reddit was heralded as one of the greatest ever, collecting over 10,000 comments in 24 hours. That session ended with the superstar science educator promising a return visit.

On Saturday Tyson proved a man of his word, returning to the site’s live question and answer session.

Reddit’s second date with the award-winning astrophysicist was decidedly more relaxed this month–and a little more entertaining. The site’s millions of users and DeGrasse Tyson are starting to get to know one another.

Questions moved away from the purely scientific and educational and into the realm of speculative fiction. Here are some of the best.

Q: If a space traveling entity approached you with an opportunity to visit any celestial object from any distance and allow you bring one scientific instrument of your choosing, where would you go and what would you bring? (detreus)

A: I’d bring my iPhone, as the most compact representation of modern culture there is. And I’d visit a civilization on a galaxy 65 million light years away. Assuming I can get there instantaneously, I would look back to Earth with their presumably super telescopes and witness the extinction of the dinosaurs – the light of which is just now reach them.

Q: What do you believe will be the biggest technical innovation within the next 20 years and why? (PopperFiend420)

A: These are always hard to predict. Who would have thought 20 years ago that the smart phone would out-perform every handheld device ever portrayed in a science fiction story, even those taking place centuries into our future. With that caveat, I’d say machine-brain implants that connect the internet directly to our neurophysiology. That’ll be fun. Perhaps then we can beat Watson on Jeopardy.

Q: If you were given free reign to affect the curriculum of schools, what would you change in science education? (Rochallor)

A: I would teach how science works as much as I would teach what science knows. I would assert (given that essentially, everyone will learn to read) that science literacy is the most important kind of literacy they can take into the 21st century. I would undervalue grades based on knowing things and find ways to reward curiosity. In the end, it’s the people who are curious who change the world.

Q: Which books should be read by every single intelligent person on planet? (ElCracker)

A: The Bible, The System of the World (Newton), On the Origin of Species (Darwin), Gulliver’s Travels (Swift), The Age of Reason (Paine), The Wealth of Nations (Smith), The Art of War (Sun Tsu), The Prince (Machiavelli). If read all of the works above, you will have profound insight into most of what has driven the history of the western world.

Q: Do you agree that we shouldn’t be actively pinging or trying to communicate with other life? I think I’m talking about what Stephen Hawking mentioned. (thebebopfunk)

A: If aliens are just like us, then they should be feared.