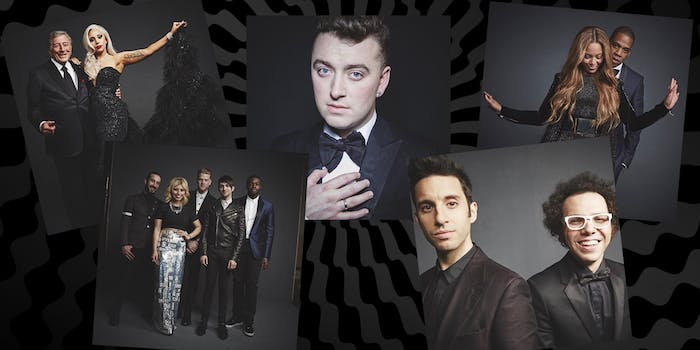 The best photos from the Instagram booth at the Grammys

All the star power without the awkwardness of an award ceremony.

The Grammys were just the start of music’s biggest night.

While the night of celebration ended for most of us once the award show’s credits rolled, the winners, nominees, and presenters had a whole night of interviews and parties ahead. Amidst all of the watercooler moments, there were several unscripted moments. Once off-stage, celebrities enjoyed having a moment or two to breathe and even goof off.

The Grammys, like the Golden Globes before it, gathered the stars for snapshots in a special Instagram booth. The Grammys went with a more subdued backdrop than the Golden Globes’ shimmering gold background, but at both shows, the stars got to shine no matter how much hardware they brought home.

Not even the Grammys could catch a glimpse of Sia’s face after her performance with Kristen Wiig.

And finally, all hail the Queen.